Join the Just Be Crafty Club!

Join the Just Be Crafty Club 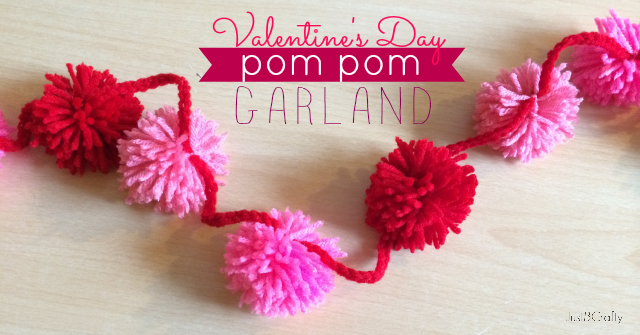 Valentine’s Day is around the corner, just a week away I believe.  February 14th is a little special around here because five years ago on that day Trisden proposed!  I can’t believe it’s been five years already, it’s crazy how fast time flies.  He proposed in 2009 and we married in 2012, so this July will be our two year anniversary!  Crazy!
In light of this special day I thought I would make a pretty garland in the classic festive colors.
Here’s what you’ll need:
Yarn, in pretty Valentine colors
crochet hook
scissors
Make a really long crochet chain, then whip up a bunch of yarn pom poms.  For a full tutorial on how to make these pom poms, see this post.  Spread out your pom poms evenly across the crochet chain and tie them on. 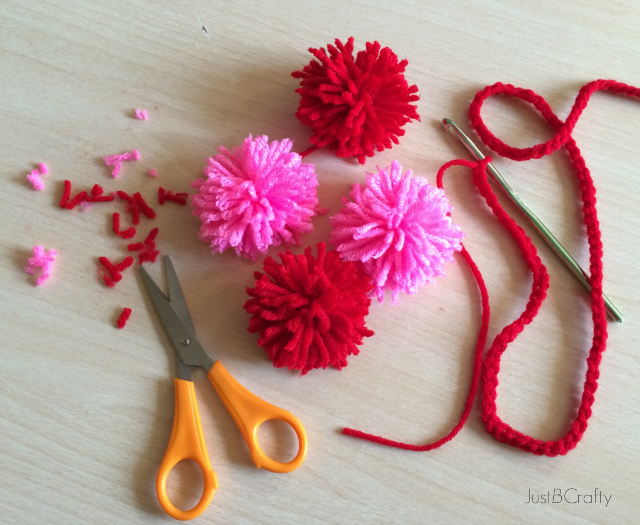 Hang the garland wherever it looks prettiest! 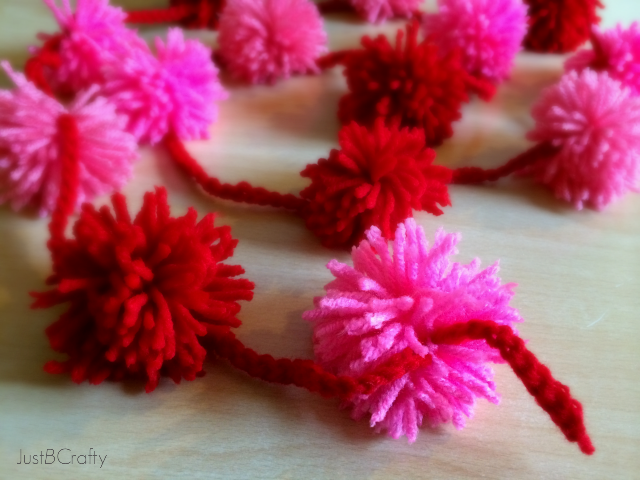 I link up to these great parties.
Have a great day!

This site uses Akismet to reduce spam. Learn how your comment data is processed.

Hi there! My name is Brittany and I design simple patterns and tutorials for crocheters and knitters! Grab some yarn and a snack and join me!

Stay in the loop

Your email is safe with me! Please note you can also unsubscribe at anytime.

Subscribe and never miss a post! Get the latest Just Be Crafty patterns straight to your inbox.

Hi there! My name is Brittany and I design simple patterns and tutorials for crocheters and knitters!

Have you tried the new tangle-free O'Go yarn yet??

✨Hello again, it's been a while! I hope you've

🧶Happy Friday and hope you're having a wonderfu

Have you crocheted a market bag yet??? I've got th

Hello and happy Friday! I hope you are enjoying y